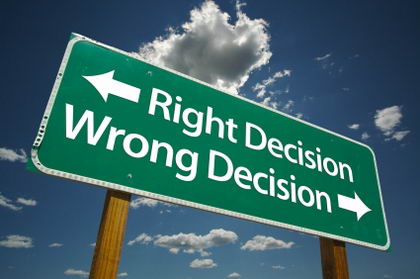 This post addresses  two storage system designs we continue to get inquiries on as we head into the home stretch for 2017: The SolarEdge StorEdge 7600 with the LG battery, and the relative merits of  AC Coupling for adding batteries to a legacy ( existing) solar system.

Each month, we probably get three to five inquiries about the SolarEdge/LG system, mostly to get a second or third quote or proposal as part of a customer’s evaluation process.  People seem genuinely surprised to learn that we don’t install it and, in fact, consider it a mediocre battery backup system.

You can read all the details behind our decision here, but these are the highlights:

Also, lithium-ion batteries themselves, like the LG batteries in the StorEdge system, are designed to recycle regularly, not to sit around at float state until the next grid outage. (Just ask the solar salesperson how the lithium-ion battery will respond to long periods on float between power outages. You’ll likely get a very interesting answer.)

So if you’re looking to a true bi-modal, battery backup system, there are much better choices.  We’ll be happy to provide as many reference customers with installed and working systems as you’d care to contact.

As with the LG system, there’s a lot of totally incorrect information being bandied about concerning the use of an AC-coupled battery system as battery backup for legacy solar systems – a  micro-inverters system, for example.

While a quick summary of a DC-coupled layout goes like this:

A summary of an AC-coupled system goes like this:

In AC coupling,  the array inverter(s) and the battery bank inverter have a common connection point – the critical loads panel – as you can see in this diagram from Enphase:

The idea is that in a typical micro-inverter configuration, the inverters will shut down when the grid is lost.  With AC coupling, the battery bank inverter/charger will sense the loss of grid, a 240-volt sine wave will be generated by the Battery Inverter, and the Enphase micros will see this as grid restored and re-engage.

That’s a greatly simplified explanation of how it works.  The battery charger/inverter will also monitor the state of batteries, and if the batteries reach a fully charged state, the inverters will shut down the array by a process called frequency shifting.  It basically takes the AC connection out of spec for a defined period,  the inverters shut down, and the batteries are protected. At all times, the battery bank will be protected, if you’re using a fully AC-coupled compliant inverter/charger. If you’re considering adding batteries to your legacy solar system, this is important information to know.

Also, AC coupling is totally supported by every inverter company I’m aware of. In other words, it wouldn’t invalidate your warranty in any way.

In the past two months or so, we’ve received multiple inquires where the potential customer has been told that  AC-coupled systems have all kinds of negatives, including improper maintenance of the  battery bank, “unregulated”  charging that damages the batteries, and other similar nonsense.

The facts are that the inverter/chargers we use for AC coupling protect the batteries at all times, and they can take an AGM battery bank through all the charging stages – Bulk, Absorption and Float.  All three stage thresholds are configurable to the battery bank – assuming the designer or  technician actually knows what the settings should be, which is not a given, in my experience.

AC coupling isn’t a perfect system, and it really works best if the output from the array is being  consumed by the house loads, so the inverters aren’t constantly stopping and starting by the frequency shifting from the battery inverter/charger. A friend in Cisco Systems engineering called this kind of solution,  ”Marginally elegant, but functional.” (I always liked that description for some reason.)

If you’re starting from the beginning and want a battery backup solar system, a DC-coupled system has multiple advantages. Probably the biggest advantage comes from the simply excellent MPPT (Multiple Power Point Tracking) charge controllers that extract every watt of power from a given sun condition while also taking great care of your battery bank.

But if you want to add batteries to your legacy system, AC coupling is a very workable solution.

If you’re a West Virginia solar system owner who sells SRECs in Pennsylvania, this will be of interest.

West Virginia owners have always had to sell SRECs through out-of-state markets, mostly Ohio and Pennsylvania.  It looks like one of the most popular SREC markets will now be lost.