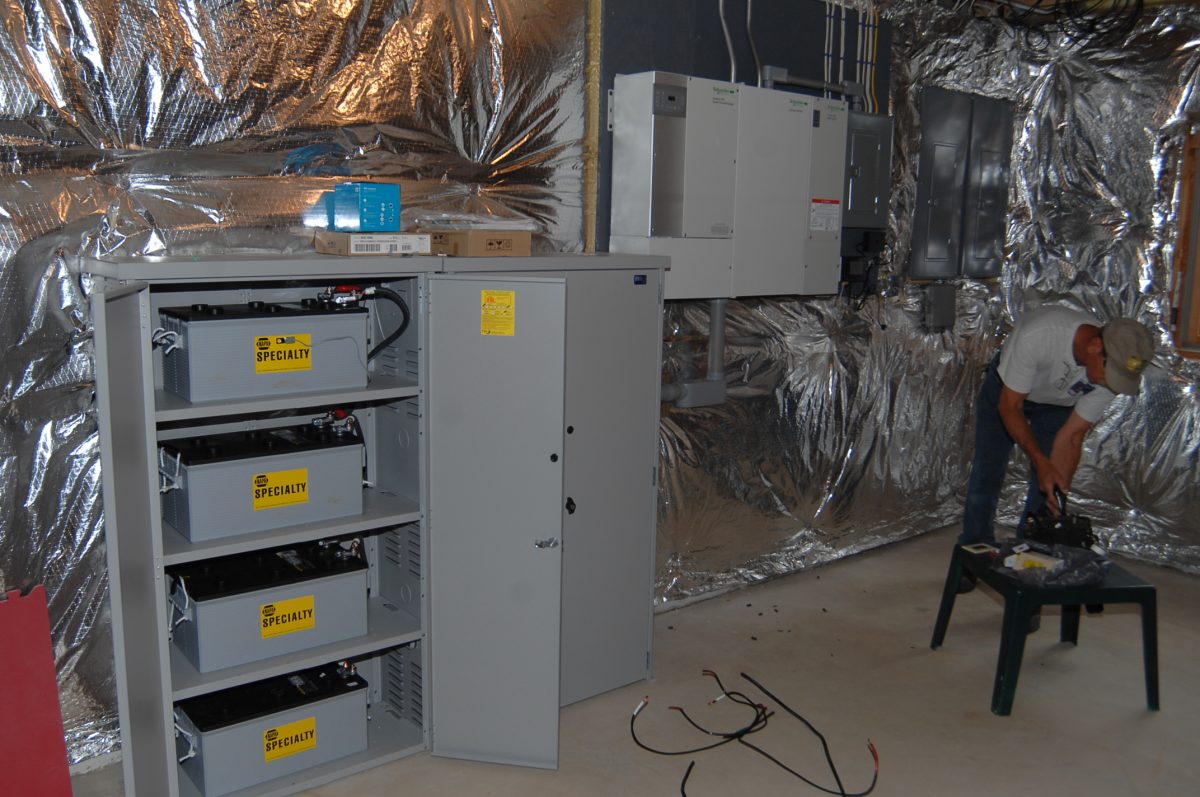 Solar Systems and Storage – What you need to know

If there’s more common buzzword in the solar industry today than storage, I don’t know what it would be. As is the case with many terms in the solar world, storage can mean different things – depending on who’s using it.

In its most basic use, storage means electric potential stored in a battery using a wide variety of chemistry, until presenting a load to the stored potential activates its power. For example, when you start your car, the electrical system presents a load to the battery, and the starter’s engaged.

When using the term storage within the discussion of solar energy it can get really confusing to the consumer. I tend to narrow it down to three typical applications (my terms) that actually exist at this point in time.

We’ve discussed off-grid systems on our website, so let’s look at systems 2 and 3 above.

A grid-tied, battery backup system (bimodal) is our favorite solar system, and I believe we’ve installed more of them than anyone in the region over the past 4 – 5 years. I know for a fact that we have dozens of systems installed and operational in the four-state region we serve.

As for the longevity of the batteries, we recently conducted a controlled load testing of a nearly 8-year-old AGM (Absorbent Glass Mat) battery system, and it showed almost no degradation of the battery bank. This test was conducted as part of an estate sale, and DEKA engineers confirmed our captured data. We’re expecting at least 10 years for the Made in USA, DEKA AGM batteries we use and have data to support that claim.

If properly and professionally designed and installed, bimodal systems provide years of trouble-free service and great peace of mind for the owners. In conjunction with an auxiliary generator system, they can provide the potential for months of electrical service in the event of a major loss of grid power. Some of our customers are preparing for this possibility.

A consumptive storage system is a different animal entirely. In this configuration, the solar array first services the house loads, then diverts excess power to be stored in batteries. When the array output doesn’t meet house loads (at night, for example) the batteries provide power to the house. One problem with this configuration is that it obviously demands batteries that can stand up to many cycles of charges and discharges (cycles). Another, really big, problem (to me) is that if the house loads are met, and the batteries are fully charged, the excess solar production is lost.

The consumptive solar system looks attractive to many, but the fact is that Net Metering, as long as we have it, is better by a wide margin.

If Net Metering goes away, then, like in Hawaii, consumptive storage will become the system of choice for many solar owners. We’re not there yet – and, by the way, neither are the battery systems needed to deliver a realistic return on investment or real work capability. If you don’t believe me, try to buy, and have delivered, one of the new Tesla Powerwall-2 DC systems. At some point other technologies like Lithium-Ion will probably be the answer, but not today.

By the way, the power companies are constantly challenging Net Metering – locally and throughout the country. I truly worry that if they influence enough politicians, Net Metering could be lost.

At this point, many of you may be wondering: If all this is true, why are some solar companies pushing customers to consider one of the latest and greatest storage systems based on cycling battery technologies, like lithium-Ion, instead of more mature and proven configurations like a bimodal system using AGM batteries.

The truth is I really don’t know for sure in every case, but I do know that potential solar consumers are being lobbied by solar salespersons with minimal or nonexistent battery system experience, understanding and credentials, and some customers are making some unfortunate purchase decisions.

Some of the battery system proposals we’ve been asked to review are both technically and economically incorrect – massively incorrect. Battery-based solar systems are substantially more complicated than typical grid-tied systems, and no place for on-the-job learning at your expense (and peril).

Do your own research. Ask for reference installs. Talk to existing system owners. Then, I invite you to give us a call or fill out a web page contact form for a free professional consultation and proposal.