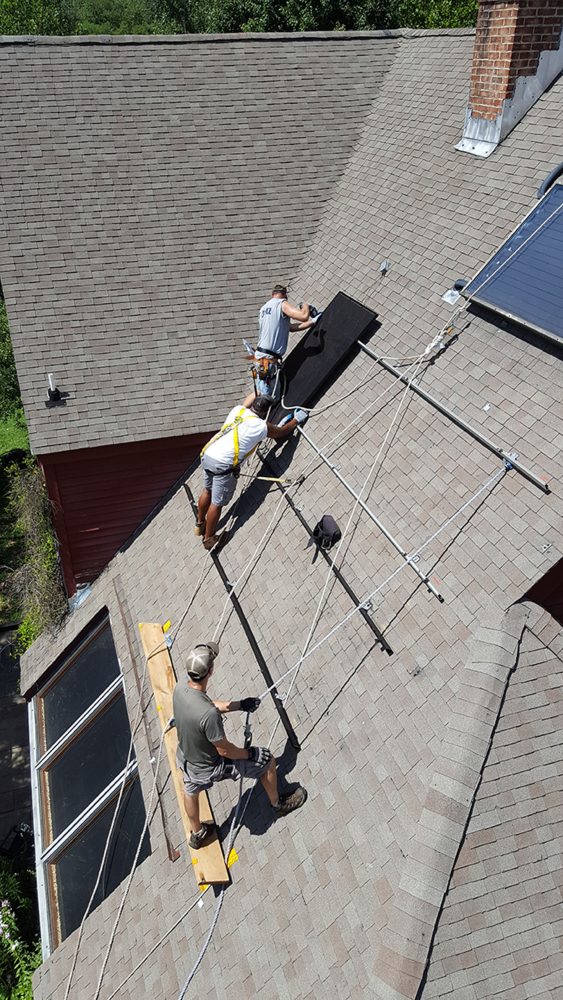 At Milestone, we have two licensed Master Electricians in our group, and I’ve worked with other Master Electricians as fill-ins, and I can tell you with total certainty that until you’ve received some formal training on solar systems, or on-the-job oversight from a trained and certified NABCEP installer, you’re not qualified to install all of the electrical components of a solar system, let alone design solar systems. There are many specific electrical issues that are quite unique to solar systems. And electrical is only part of the process. That’s not just my opinion. That’s according to NABCEP’s Job Task Analysis (JTA), spelling out in detail the areas their installer certification test covers and the percentage of questions for each area of expertise (Content Domain in the table below). END_OF_DOCUMENT_TOKEN_TO_BE_REPLACED 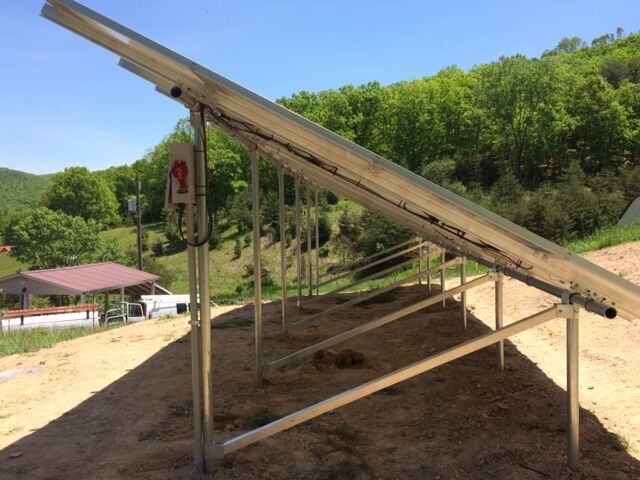 We do a lot of ground mount systems each year, and over the last year or so we did an even higher percentage than usual.

While I encourage people with the property to at least consider a ground mount system, some installation companies take an opposite view. (This may have less to do with the merits of ground mounts and more because they haven’t invested in equipment needed for trenching for wire runs and augering for pier holes.) Of course, ground mounts aren’t an option for everyone, but for those with enough property they offer two major advantages over roof mounts (to say nothing of a lot more minor ones): 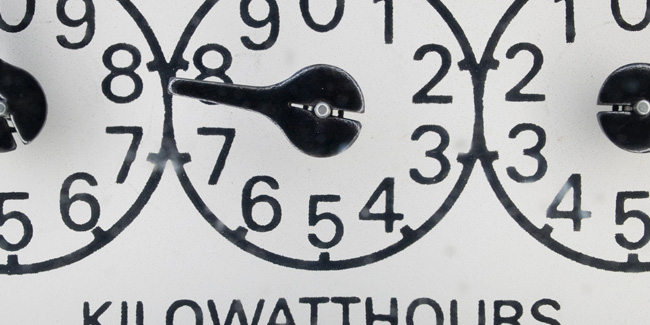 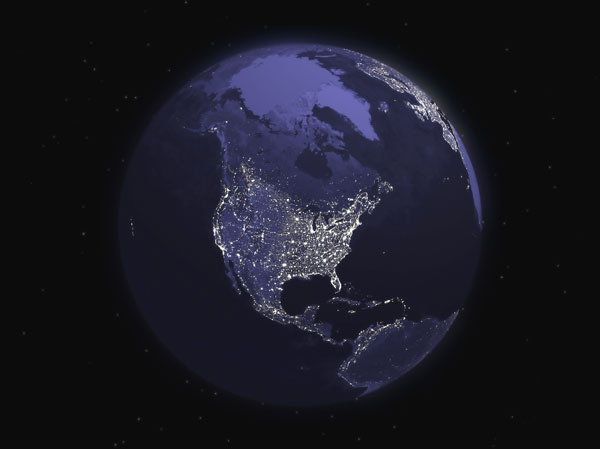 You might expect the sunniest states, or the ones with the biggest populations, to have the most solar power installations. But according to the Wall Street Journal‘s MarketWatch, that’s not so.

There are other surprises in the rankings, too.

Massachusetts, which has fewer annual hours of sunlight (2634), is number five on the list of solar leaders, while Virginia (2829) doesn’t even make the top ten.

Here’s a rundown of America’s solar powerhouses and what makes them solar leaders:

Even though they didn’t make the top ten, Maryland (2582 sunlight hours), Pennsylvania (2614), Virginia (2829) and West Virginia all have enough sunlight and enough incentives to make solar power a smart deal for homes and businesses. 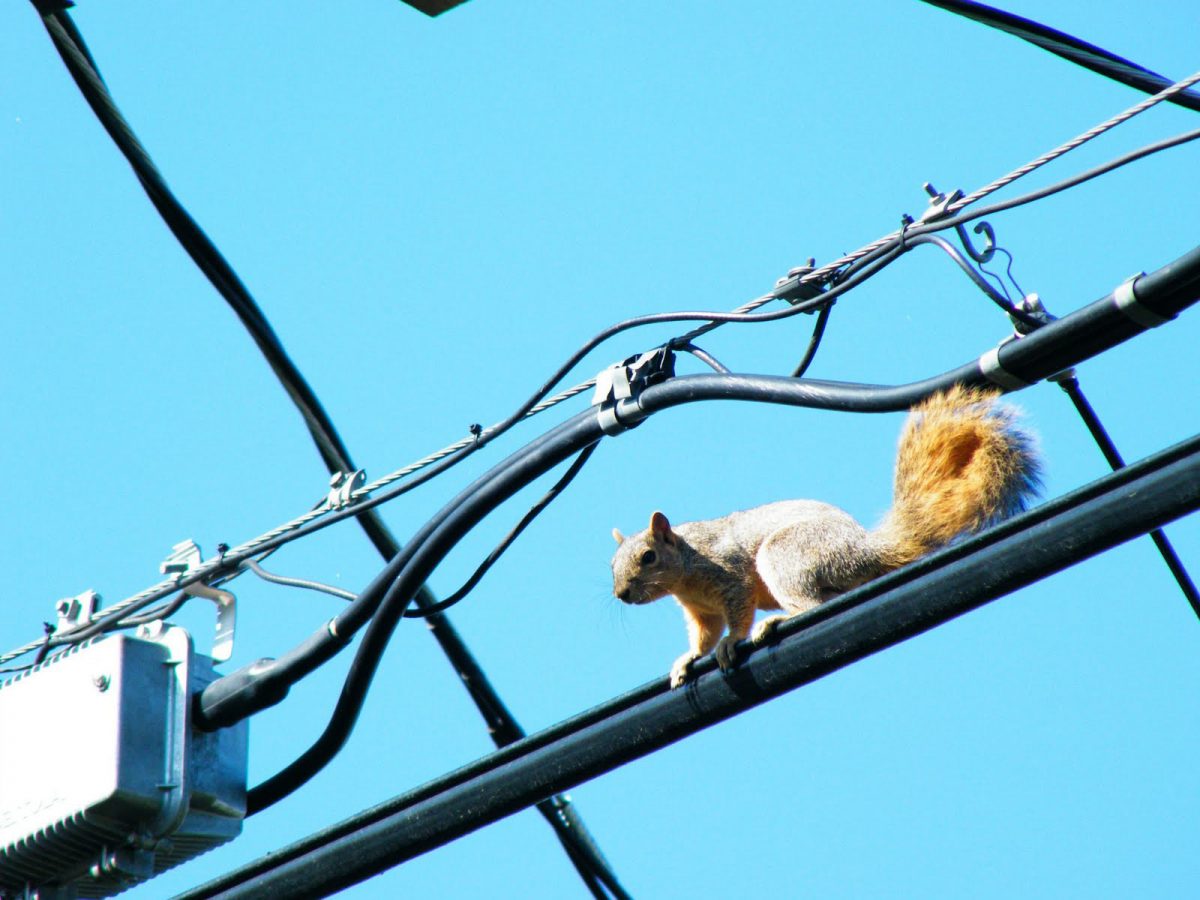 Power outages can happen at the worst times and for the strangest reasons.

Take the morning of Friday, September 20, when the new iPhone5 was set to go on sale.

It was minutes before 8 AM in Bethesda, MD. A line of customers, eager to buy, stretched from the door of the Apple store all the way around the block. As the Wall Street Journal Washwire blog posted,

…just moments before the suburban Washington store was set to open at 8 a.m., the power went out, according to buyers’ and local news reporters’ posts on Twitter. A call to the Apple store went unanswered. Local power company Pepco later confirmed there was a power outage.

In fact, the power went out for the whole block that the would-be iPhone buyers were lined up around. “Whole block went dark,” one of them tweeted.

The outage’s cause was just as strange as its timing. “A squirrel made contact with our equipment and caused a fault,” @PepcoConnect tweeted. “I’m sorry for the inconvenience.”

Squirrels have been causing lots of outages recently. They keep knocking out the power in downtown Lynchburg, VA, for example, costing consumers time and businesses lost sales – and that’s more than an “inconvenience.”

Of course, if the Bethesda Apple store, or the Lynchburg downtown merchants, had Milestone Solar systems with battery backup, the outage wouldn’t have inconvenienced them one bit.

The lights would have stayed on, the doors open. They’d have been able to ring up sales and earn profits. And if the outage had been a long one, the sealed battery backup bank would have been recharging every second the sun was in the sky.

If a constant power supply matters to you, contact us for a free solar, consultation and learn more about our battery backup. After all, you never know when a squirrel might strike again. 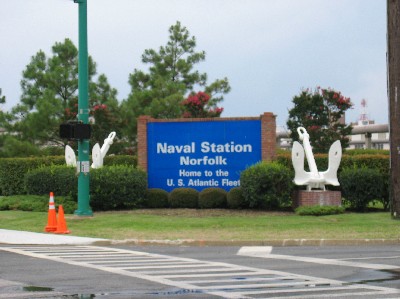 The Roanoke Times reports that starting a few weeks from now, a solar array will provide the Salem, Virginia, Veteran Affairs Medical Center  with 1,620 kilowatts of free electricity – about 10% of their power needs.

Another VA hospital, in Alexandria, has a 1,995 kilowatt solar system under construction.

The Norfolk Naval Station gets 2100 kilowatts from its solar system.

Washington and Lee University and Virginia Tech also save on electric bills with solar power (450 and 103 kilowatts, respectively).

At Milestone Solar, we’ve been helping commercial customers offset as much as 50% of their electric bills with

So if you run a business, are concerned about your bottom line and overhead, and thought that solar electricity was just for houses, it pays to think again. 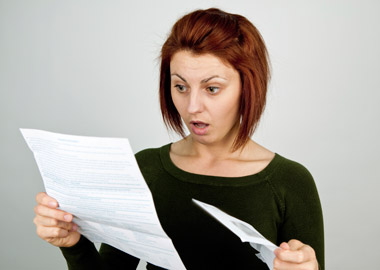 If your home or business building is right for solar – and our free, no-nonsense Solar Evaluation will tell you that – you can stop paying more for electricity and start paying lots less. So why not call 866-688-4274, toll-free, today to get one started?